You can’t think of the Underground Railroad without thinking of Harriet Tubman. One of history’s most courageous figures, Tubman aided countless slaves to freedom, risked her life and safety to help others, and showed everyone that in the face of great adversity, there are still people out there willing to help.
Tubman had visited Chester County during her time on the Underground Railroad which was documented by Thomas Garrett. These diary entries can be found in William Still’s “The Underground Railroad”.


“I write to let thee know that Harriet Tubman is again in these parts. She arrived last evening from one of the trips of mercy to God’s poor, bringing two men with her as far as New Castle.” This passage was written by Thomas Garrett.
Tubman worked various places in the Kennett area, due to its closeness to her home on the Eastern Shore of Maryland and was protected by Thomas Garrett. It is documented in “The Trackless Trail Leads On”, that Tubman found refuge in a chapel at Lincoln University in Oxford and a nearby house on Old Route 1. 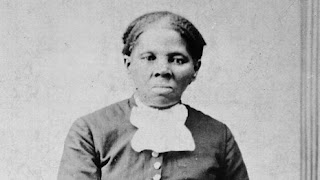 It is unsure if Harriet Tubman came in direct contact to the People’s Hall, but due to its role in the Underground Railroad, the chances could be high. During those years of the Underground Railroad, there are very few documents and things that were recorded. Many people attribute that to its success. Without leaving a paper trail, the secrecy of this railroad could be kept.
In the book, “The Trackless Trail” by Frances Cloud Taylor, it reports that Harriet Tubman lived to be 92 years old. She lived out the rest of her years in New York where cared for twenty slaves at a time in her home. In Auburn, New York a statue was built in her memory.
On the statue of Tubman, this text reads, “On my underground railroad I never ran my train off the track, and I never lost a passenger.”